OK more infos This site uses cookies. By continuing to browse the site, you agree to our use of cookies. 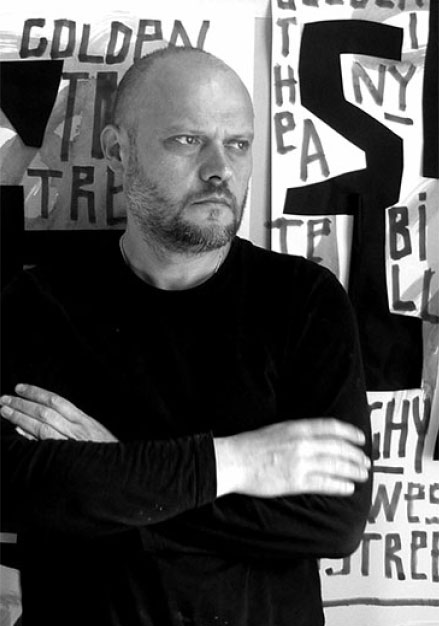 Originally from Minsk, Belarus, I am intricately familiar with over twenty different varieties of potatoes. My other passion, graphic design, brought me to Moscow. In 1993, I founded NEUCH, a publishing house specializing in art. In only a few years we published over 300 sought-after “livres d’artiste”.
In 1997 I established Design Depot. It became one of Russia’s leading design companies, realising over 3,000 branding and design projects for some of the most prestigious European clients. Our work was recognised by over 200 local and international design awards.
The same year we started publishing  kAk, a magazine dedicated to Russian and international design trends. It became the longest-running and the most influential design publication in Russia, greatly influencing post-Soviet design world.
In 2010 I discovered my true love- poster design. It became such an obsession, that for the whole year I was creating one poster every single day.  To date I have designed over 1 000 posters and gained international recognition in this field. I have moved to Prague, a city that offers very few potato varieties, but great design freedom.

Selected by étapes: magazine as one of ten personalities of the contemporary graphic design, “whose influence has changed the visual culture of the first decade of the 21th century,” Paris, France, 2014.